A Disappearance in Damascus: A Story of Friendship and Survival in the Shadow of War, a riveting true story of a remarkable relationship between 2 women–the award-winning Canadian journalist Deborah Campbell and Ahlam, an Iraqi woman working as a “fixer” for Western media in Syria as it plunges into war–reveals as much about the universal power of friendship as about the courage of those who bring us our daily news. Deborah Campbell is an award-winning writer known for combining a culturally immersive approach to fieldwork in places such as Iran, Syria, Lebanon, Jordan, Egypt, Gaza, Qatar, Cuba, Mexico and Russia with narrative storytelling. Her writing has appeared in Harper’s, The Economist, New Scientist, Foreign Policy, The Guardian, The Walrus and many other publications. She is the author of This Heated Place, a literary journey into the Israel-Palestine conflict.

From the award-winning author of The Water in Between and Consumption, the definitive novel of the Afghanistan war. News From the Red Desert begins in late 2001, when everyone believes the war is already won and the Taliban defeated, then leaps late in the severely escalated conflict–into the mess, and death, and confusion. At its heart are the men and women who have come to Afghanistan to seek purpose, and adventure, and danger, by engaging in the most bewitching and treacherous of human pursuits: making war. 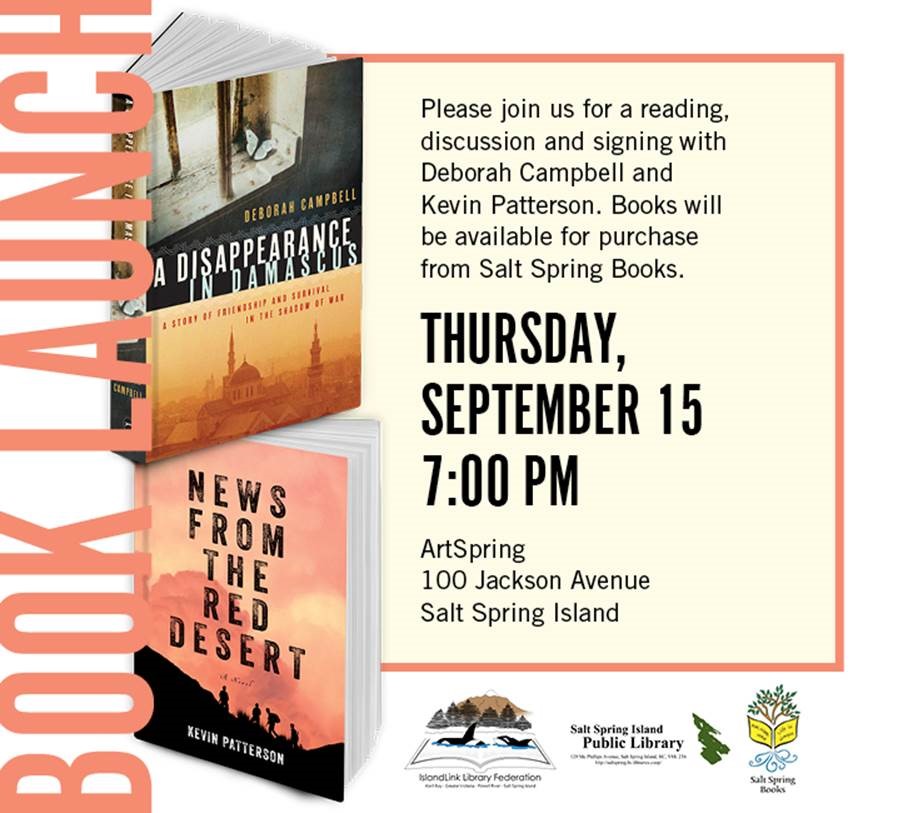