Meet up with the club and a local chess instructor every other Wednesday evening, 6pm to 7pm via Zoom to learn, practice, play and have fun.
Alternate Wednesdays, we meet 6pm- 7pm at Chesskid.com
Open to youth age 12-18. All skill and experience levels welcome

Aaron is a software engineering consultant who has worked in gaming and the bitcoin space.  He is a long time chess player who grew up playing chess in the streets at the Robson Art gallery and the formerly vibrant East Van chess scene on Commercial drive in the early 90’s.  He graduated with a combined major in Math and Computer Science, BSc (with honours), and worked for the University of British Columbia Math Department as a teaching assistant and math tutor. Since then, he has scored provisional ratings in the low 2000’s- expert level- in various chess tournaments.  He scored 1900 at a blitz tournament (5 minute games) in Buenos Aires, Argentina.

Aaron invites youth ages 12-18 to join him for an exploration of ‘the insane and hilarious culture of chess play”.

Conrad is a retired neuropsychologist who has been involved with chess on SSI since moving here in 2000.  He has organized tournaments, taught chess to juniors and seniors and won the SSI chess championship twice. His classical chess rating peaked at 1800 –  class A – and his blitz rating is 1775 on Lichess.

Contact Teen Coordinator, Amy, at atrepanier@saltspringlibrary.com or (250) 537-4666 to register. 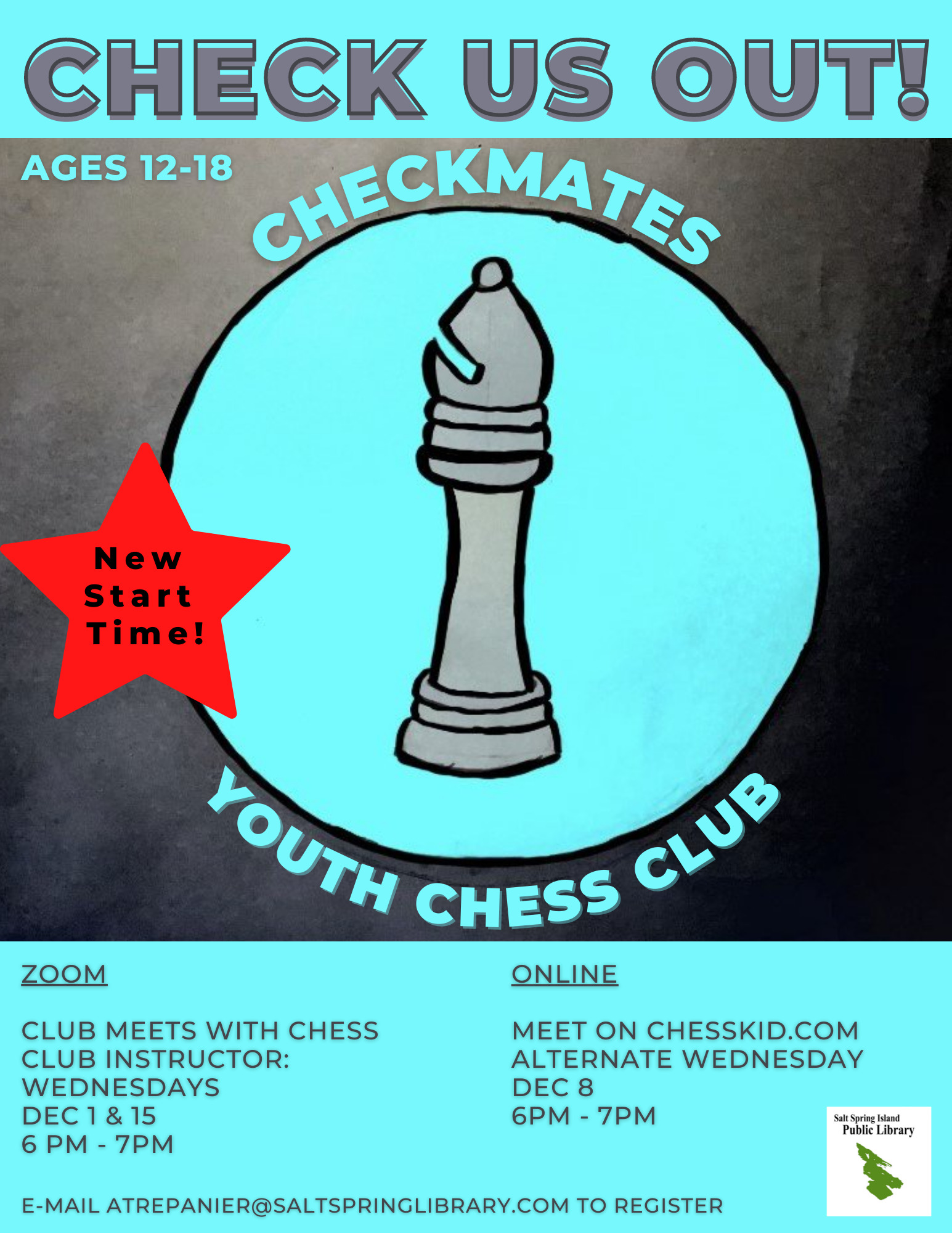